How Does China Influence Game Design? 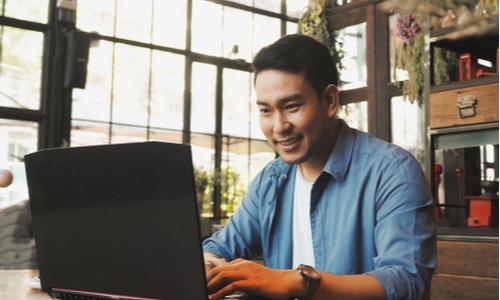 As the number of video players and online casino gamers increases worldwide, Chinese government involvement in content creation in the video gaming sector is raising questions including whether the Chinese government will try to use the games to promote their ideology.

China’s efforts to achieve dominance around the world is being felt through its growing games market. China has 325.4 million PC players, making that market the largest in the world. The Chinese government is using their numbers to leverage how designers portray Asian people in general and China in particular.

While in other parts of the world, games are used as expressions of political or ideological sentiments, that’s not possible for publishers who are designing games for the Chinese market. "We can't say anything that disobeys or dishonors them," said Vincent, a Taiwanese developer to GamesIndustryBiz.com. “We have to recognize Taiwan as a province of China or at least be quiet. What happened to the gaming market is not unique. You can see it from companies that have been targeted for refusing the use of Xinjiang cotton."

Many observers are troubled by the involvement of mainland Chinese players in such “enforcement” against any hint of subversion. A number of incidents show that gamers are censoring creators who express sentiments not consistent with hardline Chinese ideology.

In one case a music game put out by the Taiwanese studio Rayark Games was found to have a message hidden inside a song. Music director Wilson Lam had the song uploaded to his private soundcloud – it wasn’t featured in the Cytus II game – but the game was removed from sale in China and Lam resigned in order to spare his colleagues at Rayark from criticism and, perhaps, further boycott.

Asian game developers are wary of Chinese player-induced backlash which seems to be targeted mostly at games that come from  Taiwanese and Hong Kong studios. After Red Candle Games’ released Devotion which contained a hidden unflattering reference to Xi Jinping, China’s president, the reference was uncovered by Chinese gamers, the game was delisted and its publisher's business license was revoked. Now, Chinese publishers are balking at accepting games from Taiwan and Hong Kong.

David, another developer from Taiwan explained, “In short, it's an accessibility issue exacerbated by language barriers, at least among Taiwanese studios. Because not everyone can speak English with the Western publishers, a lot of indie studios [have to] find local publishers or Chinese-speaking publishers. Some of them [can only] talk to five [publishers], and they never got any response from them."

This boils down to Hong Kong and Taiwanese developers needing to amend and adjust their games’ content for the Chinese market. Chinese publishers are more stringent than ever about content issues because they not only need to attract local customers but they must also satisfy China’s difficult licensing process – a process that is difficult enough as it is without the added hurdle of unacceptable content.

The issue is being exacerbated by the introduction of Steam China to China. Indie developers who have been relying on the unofficial Steam that has been operating in China for several years to sell their games are concerned that the entry of the official version could close the Chinese market to their content. Games centered around Chinese palace dramas could be especially impacted as authorities could deny licenses to material that they deem to be undesirable.

Vincent says, "Now we barely see it because these imperial-harem competing stories [are perceived to] have a negative impact on the audience. This restriction affects not only topic selection but also the storytelling," he said. "Take crime topics, for example. If you are a Chinese content creator or your main market is in China, it's more than easy to guess the ending -- police and government are always good and will always win in the end. If not, hmmm, this story must happen in a fictional world."

Developers have even been warned not to use the color yellow in games that are directed to the Chinese market – yellow was used by the Umbrella Protest Movement and, as such, is suspected.

A Hong Kong developer, Adam, explained that "the original piece of art actually included some yellow scarves on hand, which was ordered to be changed because, you know, there's the incident in Hong Kong back in 2014," he added. "Contents have been changed in order to avoid talking about that sensitive incident, [such as] yellow scarves that they put on [their] arms or handkerchief."

These types of sensitivities frustrate developers who are forced to expend considerable time and effort to make needed adjustments. April, a developer in Taiwan, explained that "it would definitely cost us time, and some money, and the developing energy, because editing the game to remove one or another part of the game [can change] the game flow."

But April emphasized that her studio can’t afford to overlook the Chinese market – her studio’s second biggest source of revenue. The story in one game, she said, contained themes of government brainwashing. “We are already prepared that if the government reviewer says it is not suitable, we will cut off the story and make it a plain rhythm game."

April noted that her studio can’t afford to give up the Chinese market. Like many studios, they are a small studio and need the Chinese market to survive. “If we are considering making a game [for the Chinese] market, either we self-censor the story or remove the story, or we will try to edit it for a new China special version... For the game that we are trying to obtain license for, we have a story in it, but actually the story there [contain themes of] government brainwashing... and we are already prepared that if the government reviewer that they said the story is not suitable, we will cut off the story and make it a plain rhythm game."

In the end, it all seems to come down to the way that Chinese politics are influencing the region. Studios don’t foresee any changes for the near future unless a bigger market emerges where creative freedom is more accepted. Studios in the region must “play by the rules” and those rules are those of the Chinese.