How COVID-19 Impact on the Olympics?

How COVID-19 Impact on the Olympics? 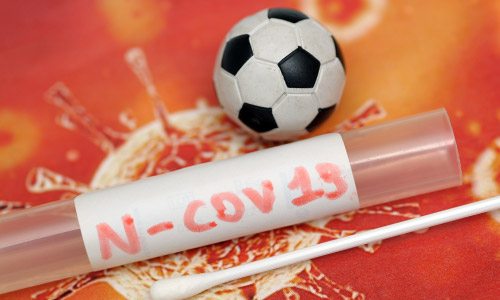 The Tokyo Olympics, originally scheduled for 2020, are to take place July 23 – August 8 2021 despite pandemic restrictions, variants, mutations, vaccination controversies and other upheavals caused by the COVID-19 virus. NBC is, once again, preparing to serve as the largest media organization covering the Olympics, a position that it has held for the Summer Olympics since 1988 and for the Winter Olympics since 2002.

For the first time since WWII the question of whether the Olympics will, indeed, be held is in question. The 2020 Olympics were originally scheduled for Summer 2020 but the COVID-19 pandemic caused the International Olympic Committee to postpone it for a year. Now, 12 months later, the pandemic has subsided somewhat but new mutations, variations and controversies over which athletes have and have not had vaccinations has raised questions over whether it should be held at all.

Gamblers have been ignoring their regular online casino games as they move to sportsbooks to place bets on how the pandemic will affect the Olympics this year.

NBC has been promoting the 2020/2021 Olympics as a global event, as the first such event for the post-COVID world.  Whether or not the world is really in a post- COVID is a matter of discussion – the contagion rate in many countries is as high as it ever was. But NBC and the Olympic committee are committed to staying optimistic in the face of reality. NBC has even announced that it will incorporate issues relating to the pandemic, as they affect the Olympic events, in their coverage.

Mark Lazarus, chairman of NBCUniversal television and Streaming, told The Hollywood Reporter “You won’t be able to avoid acknowledging that we are still in what’s hopefully the tail end of this horrible chapter in the world’s history. We will not ignore it, much like we don’t ignore anything that goes on during the games.  If it has an impact on the field of play, or in the Olympic Games, our sports and Olympics team will cover it. And NBC News will be there to cover any news events. Savannah [Guthrie], Lester [Holt], Hoda [Kotb], Craig Melvin, they will all be there to cover news as it may impact not only the games, but the outside world as well.”

Moving ahead with the Tokyo Olympics is controversial in Japan. While the International Olympic Committee has rolled out health protocols that should keep participants and locals safe, many, especially among the Japanese public, want to see the games called off. The percentage of Japanese citizens who have been vaccinated is low and the mutations of the virus are multiplying quickly.

Mike Tirico, lead primetime anchor for NBC’s Olympics coverage, is matter-of-fact about the challenge. “We have been talking about the pandemic, and it is obviously going to be a topic of conversation, one that will be covered throughout.”

It is estimated that the Japanese government has invested $15.4 billion dollars in hosting the Olympics so it has a vested interest in seeing the event take place. The government has put restrictions and limitations in place to try to limit any COVID-19 outbreaks but many observers worry that such limitations may not be enough.

Foreigners are banned from entering the country and if the government decides to allow domestic spectators into the stadiums, the number will be limited to 10,000 per event (or 50% of a venue’s capability). Spectators may not cheer, wave towels or approach athletes for autographs.

NBC Olympics president Gary Zenkel lauded the Japanese government and organizing committee for their response to the uncertainty of whether the Olympics would be held at all. The protocols that we have been subject to are quite strict, but we are working within them.”

For the NBC team covering the games, Lazarus explained that   “Operationally, we will be bubbled. We are only going to be allowed to be in our hotel, or in the venues we work in. You can’t go to restaurants, you can only be in your hotel…..I think we are fortunate where you can use audio to build energy on television, and in buildings, but we are very encouraged that they will have people in the crowds.”

With so many sports fans excluded from attendance at the Olympic games, sportsbooks around the world are expecting to pick up the slack.  For the first time ever, sports enthusiasts in six states in the United States (Colorado, Indiana, Michigan, New Jersey, Pennsylvania and Tennessee) can bet online and in many other states, retail betting sites are accepting bets on Olympic events.

In addition to the traditional bets (winners, second- and third-place runner ups, etc), the 2021 Olympics will be featuring COVID-19-inspired prop bets – whether events will need to be cancelled (and if so, which ones), whether athletes will be unable to compete because of infection (and if so, which ones), responses of the IOC and the Japanese government to any outbreaks of COVID-19, etc.

Observers, fans, bettors, athletes and others are preparing for an Olympics unlike any that have ever taken place.