How Artificial Intelligence is Altering the Online Casino

How AI is Altering the Online Casino 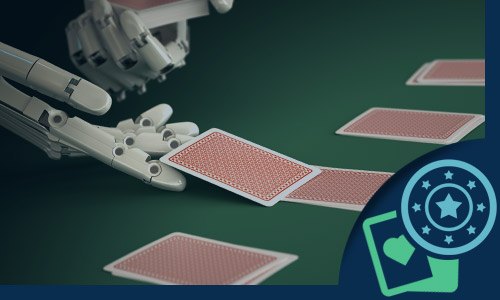 People love to play online casino games, and more people are doing it than ever, not just in South Africa but across the entire world. All indicators point to continued growth for at least the next half decade. But over that time, it's possible that technology will step in and change the way people play online casino games. Just as with the mobile casino, which allowed people to play even if they could not get to a computer, the next technological revolution is likely to expand, not alter the playing experience.

While many analysts see the next big jump in playing quality being carried through the emerging virtual reality technology, which has the potential to close the gap between the real and the online casino, the real change may already be taking place through a different type of technology. Many casinos have already embraced artificial intelligence (AI) to improve casino performance.

Here are some of the changes that are already starting to take place with the help of AI:

Casinos are using smarter models to determine how which player players are more likely to lose the most and how much they are likely to put on the line over a given period of time.  They are able to extract information on people's playing habits, responses to success and failure, and general decision-making on how they wager and how much.

Even though the games are random, artificial intelligence has worked out ways to predict results at a higher level of accuracy than ever before. While it remains in the realm of probability, officials who have seen the models expressed surprise at the level of accuracy.

The advantage for casinos using these models is the ability to predict how much they will gain or lose over a period of time and to plan accordingly. it also helps casinos market themselves more effectively to people who are the most likely to be interested.

The same models will benefit everyone by creating a much more personalized experience at the online casino.

The more the casino knows about its players, the more likely it is to give each player the type of experience her or she likes best. That could mean presenting options for games that are more likely to appeal to the player, offering individualized promotions that reflect the player's habits and interests more directly than a broad promotion targeting millions of people ever could.

Ironically, the data that goes into creating the personalized experience include the preferences and habits of other people who have a similar but not identical data sets. The idea is that people who overlap a great deal can offer insights into what people would enjoy but are not aware of yet enough to show they want it.

The potential for AI to alter the way we play online casino games is clearly limitless. It's one of the effects already taking place under the surface in some of the more progressive places. Fortunately, the casinos and the players all have the same interest - to find the best games that offer the most fun and leave the rest to chance.