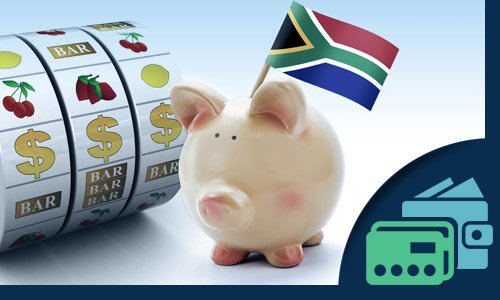 The final report on the South African economy for 2017 is in and the economy performed much better than most observers expected.  Some of the growth was fueled by South Africans increasingly playing online games for money but most came about in the smaller areas such as consumer spending, business start ups, and general euphoria after the resignation of former President Jacob Zuma and the beginning of the presidency of Cyril Ramaphosa.

In fact, the era of good political and economic news generated by the presidential transition and the real world policies of new President Ramaphosa have created what is being called “Ramaphoria”.

Good Signs of Strength in the Economy

Overall the South African economy grew by 1.3% in 2017 which is usually considered a small rate of growth for an emerging economy but the numbers alone fails to tell the full story.  The economy went through a short but sharp recession early in the year and uncertainty about the future of the presidency caused many start up companies and venture capitalists to stand on the side whilst the political matters were being settled.

Fourth quarter growth of 3.1% indicates that the first three quarters saw economic contraction which was quickly reversed when the political news improved.  It is clear that South Africa is on the verge of the kind of growth the world has seen in post-war Japan and Germany and post communist China.

Once President Ramaphosa took office, the private sector began to percolate.  All of the growth in the economy was generated in the last few months after the presidential intrigue had finally run its course.

South Africa is still a country that doesn’t fully know its own business soul and this also puts a degree of slowness upon South African business development.  Is South Africa a communist state or a capitalist state or something as yet undefined in between?  The long history of Apartheid, under which blacks had no freedoms to speak of, has been replaced of course but we still don’t know with enough exactitude just how the new economic era will look.

The three sectors of the economy that have received the largest amount of attention from analysts and the press are agriculture, mining, and finance.

Agricultural output rose by double digits as the long awaited rains finally came.  In future, when South Africa has irrigation infrastructure that can overcome periodic and known droughts, the economic sector will be more stable thus helping to maintain the economy’s strength whilst the country’s entrepreneurs make major strides through innovation and finance.

Mining of many necessary metals for local and worldwide manufacturing indicates that South Africa has become an international source of these metals which include iron ore for steel production and other metals.  Given that South Africa is a relative newcomer to large scale international mining, the store of metals yet to be mined is vast.  As the world’s population rises to an anticipated nine billion people in the next thirty years, this sector will enjoy natural development as long as the financial structure remains solvent.

That the financial sector also showed growth after the recession ended is another excellent sign that South Africa is about to enter a period of economic growth and development which will fuel the growth of the South African middle class, will lower crime rates, and will imbue South African youth with the confidence they’ll need to become start up entrepreneurs themselves.

Little Israel: A Leader in the Modern Economy

As often happens in the developing world, little Israel shows the way for exactly these elements to fuel an economic resurgence that could not have been anticipated under the old way of doing business.  For the first 50 years of its existence, Israel was a socialist country with many state-run businesses and a floundering entrepreneurial class.  A financial crisis with massive hyperinflation brought the banking sector down but the economy as a whole rose out of the ashes to begin the long road back to health.

Reforms fueled venture capital from both within and from foreign investors.  The present generation of Israeli entrepreneurs developed the self-confidence needed to be world leaders in high tech and many other start up businesses.  From the Israeli success story, South Africa can learn much about how a modern economy grows and thrives.  Israel almost didn’t feel the banking crisis of 2008-9 because Israeli banks can’t bundle poorly accepted loans into basically high risk investments.

As a country’s lower income stratum rises into a burgeoning middle class, the newly financially-secure look to gambling as a form of entertainment.  Whilst South Africa has many land based casinos, most of the tax revenue generated there comes from foreign holiday seekers.

It is in the online casino sector that there will be great growth in revenues for the government going forward.  Online casinos enjoy their business from locals primarily and also from travelers who decide to pay online rather than spend valuable holiday time at a land based casino.

The lessons learnt by the United States will also be learnt in South Africa as many states are gearing up for the anticipated go ahead from the US Supreme Court to establish and regulate sports betting.   This will be accompanied by states allowing online casino gaming as well.

South Africa will quickly see that online gaming is here to stay and will surely pass laws regulating it in order to raise tax revenues.