Female Video Gamers on the Rise

Female Gamers on the Rise 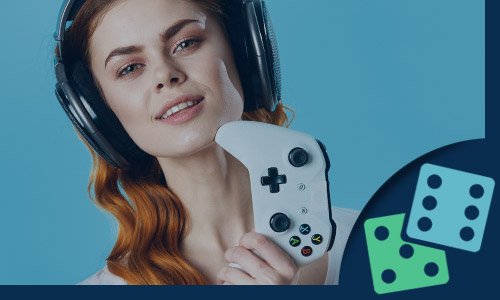 Female video gamers are closing the gap between them and their male counterparts throughout Asia. Across all of Asia’s key markets, including India, Japan and China, the casino playing field is being leveled as the percentage of female casino players rises as compared to male players.

Google released a study that showed that in 2020, the female video gaming community in Asia grew by 19%. Forty-eight percent of the world’s total gaming revenue comes from Asia which is regarded as the global capital of video games.

In an interview with the BBC, Rohini Bhushan,  ‎Marketing Manager of Apps and Games for Google Asia Pacific said, “Among the millions of gamers joining the ranks every year, females have been a huge catalyst for growth."

In 2019, the last year for which statistics are currently available, the number of female gamers was estimated to be 28% of the Asian gaming market which numbers 1.33 billion people. Google collaborated with the Niko Partners market researchers to determine the demographics which include 45% of the gaming population in China and 40% in Japan, Southeast Asia and South Korea.

The rise can be partially attributed to storylines that have become more inclusive of women but the major reason seems to be the growth in mobile accessibility and connectivity. In Asia, where mobiles are the primary source of Internet connectivity for many people, this is particularly important.

As the number of female gamers increases, many of the players are entering esports. eSports has become lucrative and many women are interested in getting their share of the action.  Top female e-sport players have earned upwards of $20 million through endorsements, sponsorships and prize money and they act as influencers to inspire others through live streaming.

Across Asia, entire leagues and teams are comprised of female gamers. They have joined together to make an impact on the esports scene through their Female eSports League which aims to boost female representation in the esports world.  Singtel, a mobile communications firm, sponsored the league last year. "We aim to raise the visibility of female gamers and support their professional growth as part of our efforts to create a more inclusive environment,” said Singtel's Cindy Tan to the BBC, “and enable everyone to come together and pursue their passion for gaming."

Like women gamers in other areas of the world, female gamers in Asia experience harassment and negative interactions when they play online. In a survey conducted by Lavinia McLean and Mark D Griffiths and published in the International Journal of Mental Health and Addiction,  the researchers surveyed women gamers from around the world to determine some of the unique challenges that female gamers face in the world of esports.

The study concluded that harassment and lack of social support lead to female gamers playing anonymously, playing alone and moving from group to group more often than happens among male gamers. The paper reported that female gamers reported that they experienced loneliness and anxiety because of the harassment and lack of social support which sometimes extended to other areas of their lives.

Many of the women gamers who were interviewed in the survey used coping strategies that could mitigate online harassment. These strategies included avoiding  verbal communication with other players and with fans and hiding their identities behind fake profiles. McLean and Griffiths suggest that the female online gaming experience is significantly different from that of male players and needs to be accounted for when trying to understand the esports community.

The gaming community isn’t only the players – the community includes VR specialists, designers, animators and developers. Yet Asian women in particular are especially involved in blazing the way for women around the world to get involved in competitive gaming.

Some in the female Asian gaming community to watch include:

Panda Cute is an all-female esports team from Hong Kong. It was founded in 2016 and includes Captain Chan ‘Deer’ Ka-ching, member Shek ‘Dream’ Hoi-yee, ‘Ripsy’ Lau Lai, Lily ‘Godlai’ Yim Nga and Mo ‘Momo’ Tsz-ching. Deer started the group in order to participate in a local café tournament and they quickly made a name for themselves. PandaCute  became Hong Kong’s first professional Girls ESports team, winning the 5v5 League of Legends Tournament in 2016 as well as the HKXP championship and the Shero Invitational.

Li ‘ViVi’ Wei was the first woman to compete in the World Cyber Arena. When she first arrived, tournament organizers tried to exclude her but after she showed them that there were no rules that said that a woman couldn’t participate, she was able to stay and compete. She ended up winning the competition in the “Crossfire” category. Today she recruits both male and female gamers and trains them under the ViVi name.

Miyu Otomo  is still in high school but she was one of the winners of the second All Japan High School Esports Championship. The up-and-coming gamer plays under the handle “ShakeSpeare” and won the event’s League of Legends section.

Even at age 16, she addresses the elephant in the room – her gaming activities as a female. "I was absolutely determined that I would win. I wanted to wipe away the idea that because I'm a woman I can be considered lightly." Although Otomo admits that she rarely sees any other females of her generation at esports events, she is looking forward to being a role model for other Asian esports gamers. Unlike many other female players, she reveals her sex on-screen and urges other female players to do the same.

Gaming is a new industry. The same kind of constraints that have limited women in the past are a part of today’s gaming world. There aren’t enough female players, female programmers or female designers that can ensure that women are adequately represented in the gaming community. The path that women of today forge will have an impact on the young women gamers of tomorrow.