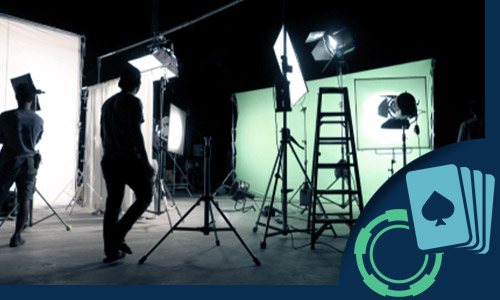 Many mainstream films about weighty themes have vital scenes set in casinos. The intensity of the environment makes the scenes particularly potent and meaningful, especially when contrasted with the serious themes of the movie. In the coming years, will the online casino be a setting for high drama as well?

Of course, the casino can also be part of some comic relief for the characters. Those scenes often work because the money that changes hands can be symbolic of the way the characters move through the world, either with great luck pushing them forward or with no luck at all pulling them back.

The following movies all have pivotal scenes set in casinos:

All goes well...at first. But what's truly important in the casino scenes is how well they bring out the humanity of both characters. It's clear that both want to relate to the other, and the ability to perform superhuman feats of card counting serve as the basis for a new level of connection between the two characters.

The casino scenes are not only crucial to the plot but also capture something more - that life is a game of chance and the opportunity to raise the odds in one's favor is ultimately a way of raising the stakes of the game.

A card game serves as the introduction to the villain in the The Natural, a movie about a baseball player with tremendous talent who gets sidetracked from his dream of playing in the Major Leagues until the age of 35.

During the game, the bad guy - a gambler - displays his eye for money, a talent that matches the baseball players ability to hit home runs. In the end, the player must choose between accepting a bribe to through the game of the year so that the gambler can win big, or playing his best and suffering the consequences.

The movie, set in the 1920s, shows the relationship between sports and gambling, and foreshadows the Chicago Black Sox scandal that took place a few years later in real life. At that time, the best team in baseball agreed to throw the championship because of the low pay they received from the owner of that Chicago White Sox.

3. James Bond at the Poker Table or the Roulette Wheel

It hardly matters which James Bond it is, so many of them have a scene at a casino. For the dapper British spy, it's always a show of his high status. Depending on the film, it may showcase Bond's ability to carry off a tuxedo (Dr. No), or it could be his poker face - always a symbol of his ability to keep the cards of his secret mission close to his chest.

In most cases, however, the casino detours serve to put Bond on a par with one of the villains he's pursing and allow the two to match wits as a forerunner for the real confrontation that's set to take place at the film's climax. Look for signs of vulnerability in the casino scenes that show up again in a different form when the decisive battle takes place.

The poker table in the back room of a de facto casino is the setting for one of the most revealing moments about gambling set to film. As the cards move from player to player, each one is carefully eying the others. The narrator, who is actually at the table playing, delivers one of the essential truths about the game: "If you can't spot the sucker in your first half hour at the table, then you ARE the sucker."

That can serve as a motto in life. It's an essential truth that is brought to the surface through the card game, where everyone is looking for the weakest player. But it is no different than what happens every day in the real world. If you can't spot the weak link in the chain, then you probably are the weak link.