European and American Roulette - Does it Matter? 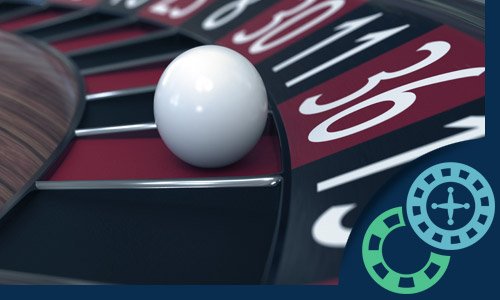 People who love the casino online, such as our very own Thunderbolt Casino, are always looking for an edge, something that gives them that small advantage that may not make much difference from game to game or even from day to day. But over time, that edge puts them ahead by just enough to justify the time and money they spend at the casino.

That's why they develop methods they believe will help them find that extra something, such as playing at the optimal hour of the day or by creating the perfect setting. Some even bring their beloved pet dog or cat with them for emotional support.

When it comes to casino games, every bit helps.

The irony, however, is that the very same edge that stacks the odds in their favor, even when it's hardly discernable, makes it that same little bit less thrilling when the win comes because it's less of a triumph over great odds.

Of course, there are times when winning at any odds is just what the doctor ordered. And there are other times when people look for the highest level of excitement possible, and that, for some, comes when the odds are most against them.

Fortunately, there is a game in the casino online that lets people have the type of experience they want. It's called Roulette, and it comes in two varieties. There is the European style that has a 37 pockets, and the American style, that has an additional pocket for 00 that brings the total to 38.

Roulette has long been a casino favorite dating back to the earliest days of the establishment. Part of the charm is the feeling that spinning a wheel and betting on where it lands feels like gambling in its purest form. It's so hard to choose one number out of 37 or 38 options that to succeed requires luck of a particularly high order. Winning with only one number on the Roulette wheel might be the single most satisfying experience in the entire casino.

But what makes the game even more fun is how easy it is to change the odds of the bet you make. You can cover much more of the wheel, making it easier to win. The beauty is that you decide how much luck you feel you need. It puts you in touch with your intuition on a particularly close level. You can, for example, just bet on all the even numbers, or you can bet on a cluster of the wheel. It's up to you.

Although it may seem largely irrelevant that there is an extra pocket on the American game. After all, it's almost impossibly difficult to win the game with just one pocket out of 37, so the chances of trying it are so low that the extra pocket hardly figures in the calculation.

But there may be a difference over time. The extra pocket captures a certain percentage of all spins. Those patterns would differ from player to player, but they would not be dismissed by those who are particularly sensitive to the little edge. It is just that sort of edge that lies at the heart of the casino strategy for those players. The imperceptible fraction of a difference is exactly what they want to find for the long haul.

There are, of course, players who are more interested in lowering the odds rather than raising them. These tend to be high rollers who win often enough to prove that the big wins pay out more than the odds. They also carry a pleasure and satisfaction that goes well beyond the question of money and goes straight to the heart of why they visit the casino online in the first place.