Europe Dominates at the World Cup 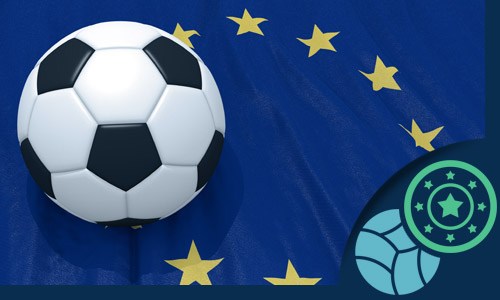 The world's most popular sport is turning into an all-Europe affair with the elimination of Brazil, one of the favorites to win the whole tournament, and Uruguay, which had been playing some of the best football through the early rounds.

The defeat of the South American powerhouses leaves just England, France, Belgium, and Croatia to fight it out for the big finish. Both Portugal and Argentina - teams with the two most famous strikers in the game - were defeated a round earlier.

Senegal, Africa's best chance for a championship this year, was eliminated in the group stage through a controversial rule change that put "fair play" on the list of tie-breakers. Fair play amounted to counting the number of red and yellow cards, giving the edge to Japan, which was eliminated in its next match.

Following Senegal's defeat for essentially playing a more physical and aggressive style than Japan, the World Cup opened itself to criticism that the new tie-breaker was no better than luck on the part of the Japan. They may as well have played online casino games to determine which team would go to the knock-out round.

Defending champion Germany, the pre-tournament favorite to win it all once again, was knocked out early, having suffered defeats in two of the three games in the Groups Stage. The early exit hinted at Europe's potential weakness this year. Meanwhile Uruguay charged through the same round, winning all three of its games without surrendering a single goal until the first elimination match.

Russia, the host country, got off to a rollicking start with a 5-0 drubbing of Saudi Arabia to kick off the tournament, looked strong throughout (other than its match against Mexico when it feel 0-3) and seemed poised to sneak into the semi-finals. However, luck was not with the Russians in the quarter-final. Croatia managed to stay with the Russians for the entire game and the extra time and wound up winning on penalty kicks.

It is a curious fact about this year's World Cup that all four games that have been decided by penalties were all won by the team that kicked second. Usually, the team that wins the coin toss elects to kick first to pressure the other side. The tactic has failed each and every time this year.

The World Cup is where legends are forged. No player in football history has gained more fame (and infamy) though World Cup performance than Argentina's legendary Diego Maradona, who powered Argentina to two championships. His successor, Lionel Messi, has built his own formidable career and nearly brought home the trophy four years ago, falling to Germany in the final game.

But now at the age of 31, Messi was playing what was likely to be his last career World Cup. His team barely avoided elimination in the Groups Stage. With one more victory, Argentina was poised to face Portugal, a team that features Messi's arch-nemeses Cristiano Ronaldo, himself 33 and likely playing his own final World Cup. It was the head to head meeting the world wanted to see, a final chance for the sport's brightest stars to demonstrate their power in direct competition.

But it was not to be.

In the year of Europe's domination, both South American powerhouses were eliminated in the round before their meeting. Both great champions head home empty-handed, leaving the stage for Europe to shine.

East vs West Europe for the Championship

The field appears to be wide open for all four teams. France and Belgium would have been considered favorites to reach the final in their own right, but the divisions have the two playing against one another in the semi-final match.

That leaves the door open for England or Croatia to sneak into the final and take its chances for the title. While Belgium may be the favorite going into the match this week, France has a strong history of success at the World Cup, having won it all just eight years ago.

Both England and Croatia have well exceeded expectations, and the dream year will continue for one of the teams through to the title game. For Croatia, the burden of representing Eastern Europe should not be much of a factor.