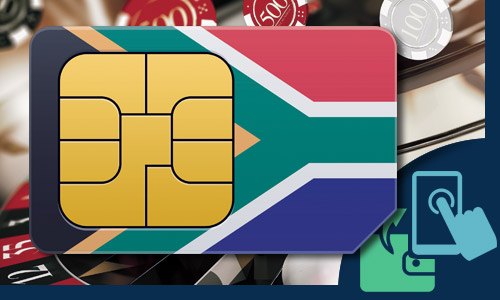 As the South African economy experienced a recession in the first three quarters of 2017, one sector rose by some 21%: the smartphone sector.  There are several lessons to be learnt from this anomalous behavior in a country that was in the economic doldrums most of the year.  The first lesson we can learn is that the economy was in less a financial malaise than a political depression.  When President Jacob Zuma resigned and was replaced by the newly elected Cyril Ramaphosa, the South African economy began to become rejuvenated virtually overnight.  South Africans showed that they still had enough money to buy an expensive “toy”.  And the online casino market will surely boom with the use of the new smartphones by gamers playing mobile casino games.

Smartphones are a sign of a middle class economy.  That such a large increase in smartphone sales took place during an overall economic downturn indicates that the downturn was not fundamental, that is, it didn’t reflect a real world weakness in the South African economy.  The recession indicated more a political quagmire; once the politicians cleared up the political fog, the real South African economy immediately came back to life.

Entrepreneurship on the Rise

A strong cell phone with a lot of memory and many applications is a must for today’s entrepreneurs.  It is no longer possible to run an efficient company from a desktop telephone.  Cordless phones are as obsolete as telex machines.  An entrepreneur tries to be in several places at the same time.  The only way she or he can do so is through their smartphone.

If the growth in smartphone sales had been just 1% it would have been startling news as the rest of the economy stagnated for nine months.  But during those nine months, smartphone sales rose more than 21%!  That proves beyond a doubt that the South African middle class was already looking ahead to better economic times.  It further indicates that the working class—those people who were not yet financially stable enough to be considered middle class—were demonstrably looking ahead to becoming full fledged members of the middle class.

The fact that so many people in South Africa were prepared to make the investment in a smartphone shows that, even during the recession, consumers were confident that the recession would be over soon.  Consumers wanted to be prepared for the day that they could consider themselves to be upwardly mobile.

Far more than a bigger house or a more modern car, hundreds of thousands of people sent the message that upward mobility in the 21st century is wrapped around instant communication and quick computer availability.  This is exactly the benefit of the newest smartphone, the ones that so many South Africans bought last year.

People with additional discretionary income may put it all in investments for use in the relatively distant future or they can use it now.  The best form of money management for a middle class lifestyle is to save and invest some and to dedicate some for entertainment.

For at least the first fifteen years of online casino gaming, land based gaming remained more popular.  The graphics and imagination behind many online games was pedestrian at best.  The obvious convenience of playing online barely outweighed the inconvenience of small screens and poorly designed and executed casinos.

This has all change in about the last ten years.  Graphics have become exponentially better than they were just ten years ago and the improvements in graphics, animation, and sound are fueling massive growth in the online casino business.

For a time, the desktop casino was still the more popular platform for playing at an online casino and it still is very popular.  But now the convenience of mobile gaming on sparkling new smartphones has eclipsed desktop gaming in sheer numbers of hours spent at a mobile casino versus at a desktop casino.

The meaning is quite clear: most gamers still play their favourite online casino games whilst at home.  Playing whilst in a queue is still a big draw but the hours spent gaming at mobile casinos could only be had at home or sitting down somewhere else.  The comfort of gaming whilst ensconced in one’s favourite chair far outweighs the discomfort many players feel if they have to sit by a desktop console again after getting home from their day job.

The massive growth in ownership of smartphones plus the great growth in graphics, animation, and sound for mobile platforms mean that smartphones will fuel a great period of growth for online casinos serving the South African gaming public.

Smartphones will also serve the coming great growth of entrepreneurship in the South African economy.  As long as the new smartphone owners see online gaming as a form of entertainment and as long as South African business women and men see their growing new businesses as a function of the overall growth of South Africa, the country has a bright future indeed.