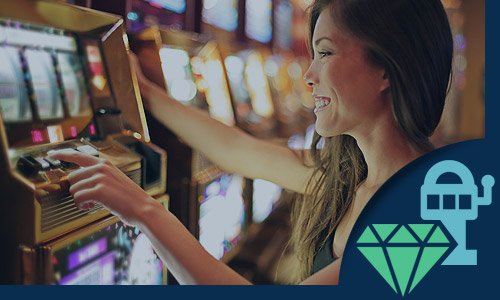 Crown Resorts, which was accused of illegally facilitating the illegal entry into Australia of Chinese high rollers who were coming to play high stakes casino games and possibly launder money, is facing disciplinary action by the Victoria Commission for Gambling and Liquor Regulation.

The Commission has notified Crown Resorts that disciplinary action will be taken if it is found that the company failed to properly control junket operators who organized trips of Chinese VIP gamblers to its Melbourne casino. The investigation was prompted by reports published last year by media organizations The Age, The Sydney Morning Herald and 60 Minutes which alleged that the casino had engaged in money laundering, illegal entry and criminal involvement.

Last summer Australia was rocked by allegations that the Crown Casino had flouted immigration and gambling laws in an effort to attract VIP customers. The allegations centered around the Crown Melbourne which worked with Chinese junket operators to bring high-rolling Chinese bettors to Australia, bypass Visa and Passport controls, take the visitors to the casino for some gambling entertainment and then send them directly home afterward. Crown flew these VIPers in for free – many of them could drop several million dollars at the casino during a one-week visit. The allegations included reports that prostitutes and drugs were supplied to these customers as well.

To do this, Crown colluded with the SunCity junket operator which had such a close relationship with the Crown that it operated its own gambling room within the casino. A subsequent investigation uncovered money being traded for casino chips inside the junket room. Investigators claim that this was the strategy by which the VIP casino guests laundered money.

After the first reports of the scandal hit the press the Royal Commission launched an inquiry into the allegations. But a year later, there have been no findings released. "The VCGLR continues to assess whether Crown’s due diligence in relation to junket operations was appropriate during the relevant times," a VCGLR spokeswoman said recently when asked about the progress of the probe.

Independent federal MP Andrew Wilkie was one of the first and most strident voices in demanding an investigation after the original report. Now he says that the "snap investigation" was simply called in order to bury the allegations. "The Victorian government should be paying very close attention to the NSW casino inquiry - much of the evidence is about alleged crimes and corruption that has happened in the state of Victoria," said Wilkie. "It’s beyond belief that the VCGLR is apparently still being trusted by the Victorian government to investigate Crown, given the VCGLR’s breathtaking failures year after year."

According to Head Topics online news source, a spokeswoman for the Victorian regulator commented that the Casino Control Act requires the Crown to “implement an approved system of controls which includes requirements that Crown ensure the suitability of junket operators, junket players and premium players……VCGLR has issued a notice to Crown requiring it show cause why disciplinary action should not be taken for failing to ensure that controls regarding junket participants were implemented by Crown during relevant times, particularly in relation to Crown’s due diligence in the supervision and approval of junket participants……On receipt of a response, VCGLR will consider if disciplinary action is appropriate. Under the Act, disciplinary action may include the imposition of a fine, the issuing of a letter of censure, or direct Crown to take corrective action.”

Meanwhile, at a separate inquiry in New South Wales, Crown owner James Packer admitted that he didn’t give the clause “a second thought” when he recently sold 19% of his shares in the company to Melco Entertainment. Packer admitted that he had reason to suspect that organized crime was involved in the junkets that were operating at his casinos. The NSW Independent Liquor and Gaming Authority has launched their own investigation to determine to what extent organized crime has infiltrated the casinos in the state. In NSW, the inquiry, headed by former judge Patricia Bergin, must determine whether to grant a license to a Crown subsidiary for the new Barangaroo casino that is scheduled to open this December at Sydney harbour.

Thr the license for the Victorian operation, which is held by a different Crown subsidiary than the one that is applying for the Sydney license so the allegations against the Victoria casino, are unrelated to the NSW casino.

In Victoria, the frustration over the Commission’s inaction is boiling over. Monash University gambling researcher and public health expert Associate Prof Charles Livingstone found VCGLR’s previous inaction “quite mind-boggling”. “The VCGLR is a classic case of captured regulators and toothless tigers,” he said. “The VCGLR is, I think, entirely captive to Crown.”

Livingstone noted that in 2018,in a review of the Crown’s casino license, the VCGLR’s report noted that the Crown should undertake a “robust review” of counter-terror finance safeguards and anti-money laundering including such criminal activities of domestic customers. “Domestic local criminals frequent the casino and the police know about it and just let it happen because they can keep an eye on them, I presume,” said Livingstone.  “It’s well known that casino chips circulate in the underworld. It’s an exceptionally good form of money laundering.”

Meanwhile, MP Andrew Wilkie, who has been the most outspoken critic of the VCGLR’s unwillingness to act forcefully and in a timely manner, is furious. “The VCGLR is worse than useless” he said. “I’ve lost count of the number of credible allegations I’ve brought to their attention which have been ignored or inadequately investigated….“Their very existence gives the community a false sense of security that there’s a cop on the gambling beat, and the Victorian government the excuse to turn a blind eye.”

As the year has gone by the VCGLR has become almost as much of the subject of criticism and investigation as has the Crown. Livingstone points to other examples of the Commission’s failure to monitor casino mis-doings including an incident in which it provided players with plastic picks that they could use to keep pokies machines operating non-stop. The Commission noted the violation but the Casino got off without any type of fine or penalty. “That is the antithesis of responsible gambling and Crown gets away with it,” Livingstone said. “They didn’t get any penalty, they just got away with it.”

Ditto with the money laundering activities that took place in the junket rooms. “In reality, VCGLR turned a blind eye to that until it was in the public eye,” Lilvingstone said.

Will the Crown continue to operate under its present board and executive suite? The Victoria inquiry, such as it is, and the NSW inquiry, raise questions about the staff and board members’ suitability to continue. While the Victoria inquiry seems stymied, the NSW inquiry is examining the question seriously. Judge Patricia Bergin, who is heading the NSW investigation, said that her investigation is focusing on just how “independent” the “independent contractors” really are.

The question that Bergin must determine is whether the Crown operations can be cleaned or whether the governing board and executive office need to be rebuilt from the ground up. Packer still owns 36% of the company which complicates the issue. Packer knew of the junket scam and almost certainly had some idea about the money-laundering that was going on as well. Whether or not Packer has a continuing involvement with Crown will play a role in determining the company’s future.