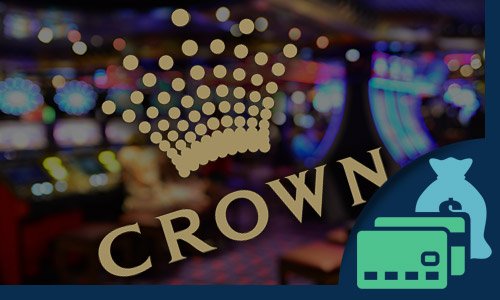 The Crown Casino has been rocked by allegations that for years, it flouted gambling and immigration laws in an effort to cater to the needs of its high-rolling customers. In the wake of the allegations the Crown has seen its brand tarnished, many of its Asian offices closed and its plans to expand to Japan, the United States and casino online games have been abandoned.

Now, Australia’s gaming regulators are in the midst of their own investigation and Crown officials are bracing for the findings.  Observers say that the government will likely hit Crown with massive fines, bring individuals involved in the illegal transactions to trial and implement new procedures and guidelines under which the casino operator will be forced to operate.

Until a few months ago, Crown Casino generated more than 50 percent of its gross gaming revenues (GGR) from VIP clientele.  These high rollers came mainly from Mainland China through junkets that would bring them directly to the casino and take them directly home after their visits.  Each of these customers could spend millions of dollars per visit at the casino tables.

Crown flew many of these VIPers to Australia for free. They allowed them to stay at the hotel for free and plied them with drinks, meals and other amenities. Some allegations include the claim that drugs and prostitutes were also provided.

The most serious of the allegations involve the charge that Crown Resort executives worked with officials from the Department of Home Affairs that facilitated the VIP’s entry into Australia to bypass Visa and Passport controls.

MP Andrew Wilkie has been very critical of Crown in recent years and he was one of the first legislators to respond to the charges. As soon as Australia 60 Minutes and other news sources reported the story, Wilke requested that the Royal Commission launch a detailed inquiry into all of these allegations. He is asking that the government suspend the license of Crown Resorts if the investigation finds proof of the violations.

The allegations principally involve Crown Melbourne. Three inspectors from the Victorian Commission for Gaming, the Victorian state gambling watchdog, released video footage that showed stakes of A$100 and A$50 passing hands in the SunCity junket room. SunCity is one of the biggest junket operators in Asia.  It brings VIP gamblers to casinos around the world but mostly to casinos in Australia, New Zealand and Macau.  SunCity operates its own VIP gambling room inside the Crown Melbourne.  The video suggests that the room served as a venue for the VIPers to launder money.

In the video, an unidentified man walks into the SunCity junket room and pulls stacks of cash out of a plastic bag. He hands the cash to a cashier who accepts the packages and hands over casino chips to the man. Law enforcement officials recognize this as an accepted method used by money launderers to wash their money.

The Commission has AML anti-money laundering laws in place. Casino staff are expected to follow these regulations to ensure that the casino doesn’t become a site for money launderers. Viewing the video, it’s clear that the process was casual and not at all out of the ordinary.

Crown Resorts denies all allegations of money laundering. They claim that the video isn’t proof of anything and says that all casino staff are instructed to strictly comply with AML laws and all other regulations.

According to Crown, the  Australian Transaction Reports and Analysis Centre monitors all casino transactions. There are internal policies that cover anti-money laundering (AML) and counter-terrorism financing (CTF) programs. Crown officials have stated that the casino fulfils its obligations to report all international fund transactions and transfers that are in excess of $10,000 as well as any suspicious transactions.

Political and media sources have criticized the Victoria gaming regulator for not doing enough to control the Crown Casino.  They are calling for the regulator to take urgent action to ensure that a proper investigation is conducted and that all allegations are addressed.

In the past, the regulator has either downplayed breaches in the regulations or has given the Crown a slap on the wrist in the form of small fines.  This time, the inquiry is being undertaken under public scrutiny and its findings will be examined with a fine tooth comb.

If the investigation shows that Crown Resorts deliberately breached money laundering laws, it’s possible – probable – that Crown will be faced with the biggest fine in Australian casino history. Revoking the license of the Crown is also a possibility but most observers believe that it won’t happen since the economic impact of such a move would have a huge negative impact on jobs and services in the area.

The Commission might also decide to dedicate more police personnel to Crown Melbourne and train them to be alert for casino-related crime such as the presence of loan sharks and money laundering activities. Observers are hopeful that the Commission investigation will be able to make meaningful changes in the system at Crown.