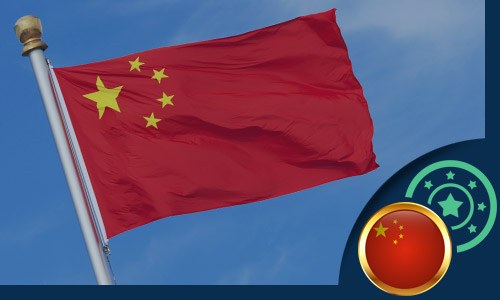 China is trying to clamp down on gamblers who play casino online games at offshore casinos and on junket tours to foreign gambling halls which drains  billions of dollars from the local economy every year.

The Ministry of Public Security in China is taking charge of the government’s campaign to halt the flow of money to foreign gambling operators. According to the ministry office, payments by Chinese gamblers to offshore casino online games operators drain an estimated $146 billion out of the Chinese economy every year.  In addition to the financial cost, the ministry argues that this poses a threat to national security.

Liao Jinrong, a ministry official, said that the money was flowing to the Philippines, Myanmar, Cambodia and other Pacific and Asian jurisdictions.

Payments to the online casinos are facilitated by payment processors but the government has begun to fine those processors as they attempt to shut them down and prevent new operations from opening. Liao acknowledged the difficulties involved in fighting illegal gambling. The alternative payment methods, and especially the cryptocurrencies, exacerbate the challenges.

In one of the government’s biggest actions to date, an online gambling operation that had been using Tether to facilitate payments was closed down last month and 76 suspects were arrested. Liao said that financial institutions must bear responsibility for stemming the use of cryptocurrency gambling transfers. The government also plans to operate an online platform where citizens can report those who they believe are engaging in this illegal activity.

The government has also been using the People’s Bank of China to help find solutions that will stem the offshore gambling operations. These include anti-money laundering measures. However, according to Liao, the biggest challenge is that payment service providers are not exercising adequate supervision. Third-party institutions, merchants and e-commerce platforms have been identified as abetting – or at least turning a blind eye to – such transactions.

Liao said that the government is also taking steps to limit the use of such platforms. The cost of opening an account at such financial institutions will be more costly in the future and users will be required to use their legal names instead of opting to use a nickname. Authorities have found more efficient ways to tag unusual transactions and are working on additional solutions to curb the offshore gambling.

One of those solutions involves imposing a 5 – 10 year prison sentence for anyone found soliciting or organizing online gambling. The new amendment to the criminal law targets both offshore gambling activities and those that take place within China.

According to the proposed law,  “Whoever operates or manages casinos, or is designated by casinos outside the country, and organizes or solicits Chinese residents to participate in overseas gambling, where the amount involved is large with a serious nature, shall be punished according to provisions under the preceding paragraph.”

Operating a gambling venue in China is already punishable by up to 10 years in prison. This law will make any type of effort to organize for the purpose of gambling a similar offense. It’s expected that the amendment will be passed into law in March.

The other major source of the Chinese government’s frustration over its citizens’ gambling proclivities involves casino junkets. Casino junkets involves businesses that take organized groups of Chinese citizens to gamble in Macau, Australia or other Asian or Pacific countries where land-based casinos operate.

The proposed amendment to the gambling law criminalizes “organizing and soliciting by casinos abroad.” While the consensus is that  Macau casinos would not be affected – Macau is a special administrative region of China – it would apply to operations in South Korea, Vietnam, Australia, the Philippines and other areas where Chinese citizens travel to gamble.

China however is focused on putting a hole in the dike of the money that’s flowing out of the country. Some analysts are suggesting that, by putting the reins on the junkets, the Macau market will shift to a “direct” VIP and premium mass market which may, in the end, be the best solution for them as well.

Junket investor Luiz Lam Kai Kuong acknowledges that the Chinese government’s plans are “definitely not good news” for Macau’s junkets. Some mainland VIPs, said Lam, have been “warned by Chinese authorities about their gambling activities.” In addition, Lam says that many of the junkets who have been dealing with these VIPs now face “punitive” actions by Chinese authorities. Lam is preparing for the number of junkets to drop significantly in the coming months.

Unsuprisingly, the numbers aren’t encouraging given that Macau’s gaming market has posted declines of at least 90% for the last six months. Even though, in September, Beijing approved the resumption of travel from Guangdong province, few Chinese citizens are traveling to Macau including both mass market travelers and VIPs.