How Do You Create a Charity Raffle in South Africa? 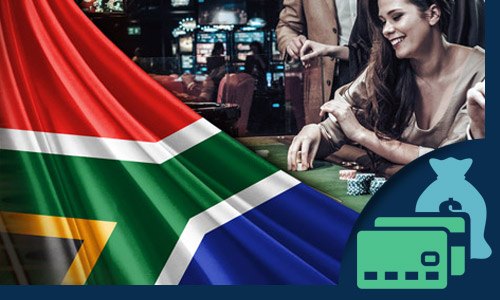 Dozens of charities in all areas of South Africa run charity draws and sweepstakes to facilitate fundraising activities. These include raffles, lotteries, bingo parties, games and other gaming endeavors.

In South Africa charitable gambling activities are called "Society Lotteries" and regulated under the Lotteries Amendments Act. SA Hospitals, educational institutions, food banks and other charities are able to raise money through charity draws to bring much-needed cash into their coffers.

What do you need to know about establishing a charity raffle in South Africa?

Historically, the first large-scale gambling activity in which profits were earmarked as a fund-raiser is thought to have involved government-sponsored keno competitions in ancient China. Keno has deep roots in China where people in all social groups played "boc hop bu." The Chinese termed  Keno  the "white dove ticket" because players used carrier pigeons to relay the results of keno draws from the large cities to the small hamlets and villages so that small-town participants could hear the results of the draw quickly.

The Chinese government got in on the game, operating keno draws and using the proceeds to fund public works projects such as the Great Wall. Ever since, private groups and governments have optimized people's interest in gambling to raise monies to benefit society.

In general, a charity gambling event is conducted by a non-profit which uses the proceeds to further charitable aims. Charity lotteries are generally privately operated and aim to support the charity's overall objectives – as opposed to a specific project or activity. Donors are advised to check the raffle's terms to ensure that as big a percentage of the proceeds as possible go toward the charity's goals. Observers suggest that the break-down be as close to possible to

Charity lottery promotional and regulatory activities in South Africa are supervised by the National Lotteries Commission.

Some non-profit consultants discourage charity clients from embarking on a charity raffle or other chance fund-raising activity.  They share their concerns with the public by explaining that, in general, people who buy lottery tickets think that they are combining some gambling entertainment with a worthwhile cause. In actuality the money may go chiefly towards the organization's operating expenses. The income from the lottery could be delivering only a small percentage to the actual charity work being promoted.

Investigations by media outlets and consumer groups have discovered that some charities keep the bulk of the proceeds for their operating costs and deliver a small amount of the profits to the actual charitable work. Even in cases where the charity's  overhead is kept to a minimum, much of the lottery's profits may be earmarked towards marketing the lottery including glossy brochures and TV, radio and Internet ads.

One organization that monitors charities, the Charity Intelligence of Canada, reviewed 30 so-called “mega” Canadian charities in 2011. The charities that were investigated represent more than half of Canadian spending on charity lotteries. Their conclusion was that “it just isn’t intelligent giving" due to the huge cost of lottery prizes and marketing expenses.

Running Your Lottery in South Africa

People don't always participate in the lottery for the sole purpose of making a contribution to the cause. They want to be part of the excitement and anticipation that comes with a gaming event and are happy to have even a small part of their expenditure benefit a charity.

So if you think that your charity will benefit from a raffle or lottery event, get ready:

Private lotteries with a limited pool of participants, such as "office sweepstakes," raffles at a school fete and lucky ticket draws at fundraising dinners are "self-regulatory" and the organisers are expected to self-regulate their activities and ensure compliance with the law under the Lotteries Amendments Act.

If you are running a fund-raising venture in which your organization will be selling tickets to the general public on a larger scale, there's a higher chance of fraud. For that reason your activity will come under the heading of a "Society Lottery" and will be subject to the regulations of the National Lotteries Commission.

Some of the regulations of a society lottery include the stipulation that:

Line up your Prizes

Start by finding donated prizes. Many vendors will donate prizes in return for promotional value so be prepared to approach merchants with a plan for promoting their product or service in return for their donation.  Start with some of the charity's corporate supporters or partners. Once you've exhausted your list of possible donations, make purchases. Many observers note that, the more unusual the prize, the more attention you'll attract to your lottery event.

Promote the lottery through direct email marketing, social media and print media. Ask your supporters to share your links and emails with their friends.

Adhere to the Laws

Follow the laws pertaining to charity raffles and lotteries as set down by the Society Lotteries of South Africa. Some of the most important include the following: