Bitcoin and the Online Casino

Online Casino and the Bitcoin 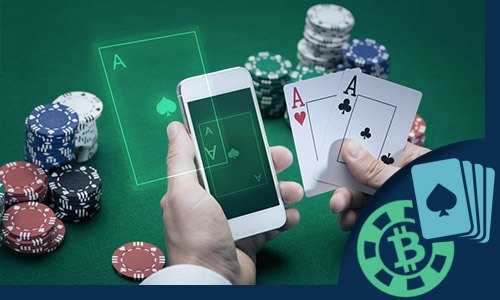 Many online casino games are really just digital versions of the same games as played in real casinos. Even slots games, which offer so much creativity and diversity, started as digital versions of the one-arm bandits that appeared in pubs and casinos for years. In that way, the online casino has a lot in common with Bitcoin, which is just an online version of money.

And just like with the online casino, there are those who believe that bitcoin is the next stage of evolution that will eventually replace the older version, and there are others who firmly believe that the traditional way of doing things will remain alongside the new way.

What isn't in doubt is that that bitcoin hit the mainstream across the world this year, and South Africa is no exception. So it's not surprising that a growing number of online casinos, including Thunderbolt, are starting to accept payment in bitcoin.

It's also not surprising that using bitcoin provides a number of advantages and disadvantages. Regardless, the bitcoin force seems to be unstoppable. The wise move is to be ready for the day that the cryptocurrencies become the main form of money people use.

The key feature that distinguishes bitcoin from mainstream cash that's accepted as legal tender is the fact that bitcoin is unregulated. No bank can close your bitcoin account, no local laws can be enforced, and no taxes are levied.

That's the beauty of deregulation, and that's why the cryptocurrencies appeal so much to the revolutionaries in society.

That's even more privacy than you get from a electronic wallet that holds regular currency. Even then, in most cases, you need to reveal your identity at the point of purchase. The chances are small, but there is still exposure to identity theft. With bitcoin, the entire blockchain system keeps the transactions private and the security at the highest level.

The Down Side of Deregulation

Bitcoin users, especially those who love casino games, are slowly learning that deregulation is actually a two way street. Just as the bitcoin user is free of all forms of oversight, so too is the casino itself. That means that there may not be any licensing or supervision at the casino, and no way to know if it is operating in an honest manner.

While we love the freedom bitcoin represents, most of us still want our online casino to adhere to a set of standards that ensure fair play. A casino that does not bother to get licensed or to adhere to the standard protocols may still be completely honest. The question is, how can we tell?

There are so many casinos on the Internet these days, too large a number of them are not looking to give players a great experience alongside the games of chance. If you would avoid a particular casino using regular currency, then it's probably even smarter to avoid it with bitcoin as well.

It also stands to reason that bitcoin casinos will eventually be licensed as well because it's a great way to build trust with the players. Trust may well be the most important element in deciding how much a player spends when how often they come back.