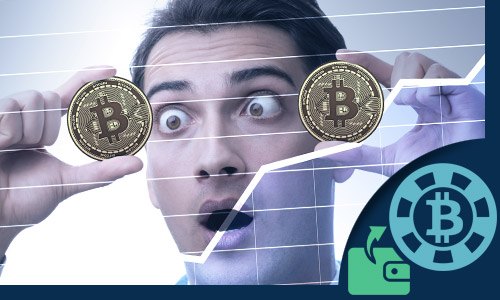 Bitcoin continues its slow but steady march towards the mainstream of financial life, allowing for decentralized currency to move into more and more industries. It's also become a more popular payment method for playing games online. But not all of the news from the world of cryptocurrencies is good. As Bitcoin grows, so do the number of unscrupulous people exploiting it to defraud the public.

The latest case in South Africa was announced earlier this week. Police have launched an investigation into a company that promised extremely good returns on investments but never managed to deliver, leading to one billion rand in fraud to investors.

It is notable that the company used Bitcoin prices as the key point to lure investors. The financial world remains unsure about how to cope with the emergence of Bitcoin. Many of those who work in finance remain unsure about the stability of the virtual currency and what to make of its enormous rise in value, even if it's currently suffering a measure of leveling on its price per coin.

How Big is Your Bubble?

After rising through the roof, and then growing even more, Bitcoin got the whole world's attention at the start of the year for breaking record after record in value. The mania spread to other coins as well, most notably Ethereum, which also shot up as though fired from a cannon. With values at one point reaching hundreds of times the initial value of an investment, people had visions of growth on an unprecedented level.

Naturally, the good times could not last forever, or at least not the constant growth of the Bitcoin and other cryptocurrencies. The market seemed to begin to correct it's over-confidence in Bitcoin and begin to reduce the price.

The currency, however, has since become more steady. Proponents of decentralization have pointed to the stability as a sign of overall confidence in the coin by the general public and the overall strength it has accumulated.

Scams on the Rise

The increase in scams involving Bitcoin is a troubling development. Scammers position themselves as legitimate companies seeking investors and promising outrageous returns on investments. But as ponzi scams do, the initial returns are consistent with expectations. As subsequent investments get bigger, the payments simply stop and the company is not longer reachable in any way.

Even people who are not convinced about the long term prospects for Bitcoin saw the massive growth in value, and the experience left an impression. It is not absurd to believe a story about major profits on cryptocurrencies. Scammers exploit this limited understanding of Bitcoin.

Potential investors are also caught in the uncomfortable position of fearing missing out on the next gold rush or oil frenzy on one side while simultaneously fearing Bitcoin itself. A business plan that offers staggering returns fits the "next big thing" mentality people have about Bitcoin.

Hackers as a Second Threat

As cryptocurrency develops its own style of investment and people learn to read a proper company from a fraud, a second threat becomes more apparent. According to Forbes magazine, hackers have stolen $400 million in investments in cryptocurrencies.

One method that the cryptocurrencies have used to raise funds is called the Initial Coin Offering (ICO). The idea is to offer people an ownership stake in the company in exchange for a certain amount of money. News reporters show that not all of the money has reached its destination because hackers have found ingenious ways to intercept it.

So while Bitcoin and other cryptocurrencies are making waves in the court of public opinion, unscrupulous people are looking for ways to take advantage of the public. Remember the basic adage of business life: If the deal looks way too good to be real, it probably isn't.