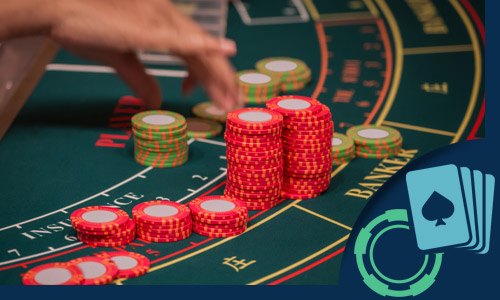 Visit any casino in the East and you’ll find that the baccarat tables are the most plentiful and the most crowded. Any land-based or online casino that caters to Asian gamers highlights their baccarat games and many high rollers from Eastern countries never even try any other game other than baccarat.  Online casino players that gamble from home inevitably choose the virtual online baccarat tables.

According to Bill Zender who was the director of casino operations, vice-president and part-owner of the Aladdin hotel-casino, “The Asians love the characteristics of the game. To them it’s a pure gambling game. Once the cards have been shuffled, cut and placed into the shoe, the cards speak for themselves.”

South African casino players can enjoy this Asian specialty when they play at the Thunderbolt online casino. Thunderbolt’s all-new design makes it easier than ever to play baccarat, poker, blackjack, slots and other lottery and table games for real money prizes. The new site highlights the easy access that gamers have to the games lobby, the multiple bonus promotional give-aways and the other amenities that make playing at Thunderbolt a genuine high-energy, high-quality casino event.

The game of baccarat dates back to Italy of the 16th century. Aristocrats played “Baccara” – Italian for “zero” – whose origins are connected to Felix Falguiere who named it “Baccara” because all face cards and tens are worth zero. After the game became popular in other areas of Europe the French “baccarat” was adopted by French Riviera casinos and that pronunciation is the one that used around the world today.

According to historians, Falguiere based his game on an old Etruscan legend in which a virgin would be forced to throw out a 9-sided dice. If the dice landed on eight or nine she would become a princess but if she threw a six or a seven, she would be banned from future religious or community events. If the result was lower than a six the girl would be sent out to sea to drown.

During King Charles XIII’s reign in France Baccara migrated to Paris where it became known as “Chemin de Fer”.  From there the game migrated to England where it became a popular game among the aristocracy. When European nations began to colonize the Americas, settlers brought baccarat across the ocean, first to South America and then to Central and North America as well as to the Caribbean.

Under Castro, Cuban casinos were forced to close and Cuban immigrants to America introduced baccarat to Las Vegas. The game never really caught on with the general American public but it became a favorite among VIP players. That, along with high table minimums helped reinforce the impression that baccarat was a game for the upper classes. The casinos played on this idea by placing baccarat tables in side rooms that were hidden from the general casino public in order to create an atmosphere of exclusivity.

The image of baccarat as a game that’s one step above what’s offered to the masses appeals to Asian gamblers, especially the high rollers. Vegas and other American casino baccarat tables have always had a higher-than-average player population of Asian gamers. When casinos began to open up in the East, the casino operators always paid the most attention to the development of their casino rooms.

There are other reasons that Asian gamblers in general and Chinese gamers in particular favor baccarat. These players view baccarat as a game for the most intelligent, sophisticated players.  They see baccarat as an intense game where the gamer is rewarded for exhibiting patience – an appealing sentiment for Asians who prize patience.  They like the fact that spectators are invited to view the games so the baccarat table offers an atmosphere of self-importance. Most importantly however, winners walk away with lucrative payouts which is the best reason of all to favor the game of baccarat.

Bill Zender explains.  “Asians have a strong belief in fate. The Asians love the characteristics of the game. To them it’s a pure gambling game. Once the cards have been shuffled, cut and placed into the shoe, the cards speak for themselves.”  Casinos have to respect the habits of their Asian clients at the baccarat table. “Any mistake made by the dealer that is not handled with the correct procedure and changes the order of the cards could chase them from the table” Zender says.

Baccarat is a game of excitement, suspense and intrigue. It’s relatively easy to learn baccarat but there are so many possible outcomes from the roll of the dice that it holds the attention of the player.

When the dice are rolled there are three possible outcomes:

The point total of both sets of cards are added up.  Aces are worth one point, tens and face cards are worth zero points all other cards have the worth of their face value. If the two cards added up total more than 10, the value of the hand is determined by the second digit.  For example, if you receive an 8  and a 4, the total is 12, meaning that, for purposes of the game,  you have a ‘2’.

You win your bet if you’ve bet on the hand whose total comes closest to nine.

If either the Player or the Banker has two cards whose point total is 8 or 9, it’s a win and the hand ends and bets are cashed out.

If the Banker has a total of zero to five and if the player doesn’t draw any new cards, the Banker can draw. If his total is six or seven he stands.

If the Player does draw a third card: