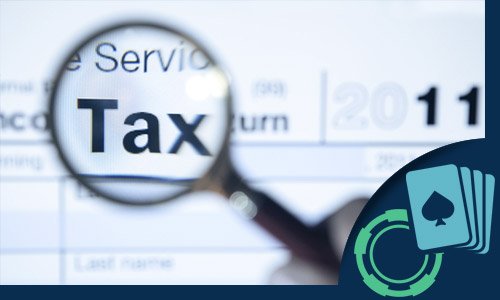 One of the issues involved in the regulation of online casino gambling is whether to impose a tax on both casino profits and platers’ winnings and what the tax rate should be.  This is a serious issue that involves basic concepts of economic incentive and competition. The issue gets in the news in some form or another almost every week.  We recently saw that Kenya had reduced its gambling tax by 50% to the much more competitive 15% tax rate.

An American economist, Arthur Laffer, discovered that a government could actually increase its tax revenues by lowering the tax rate.  This observation works when the previous tax rate was so high that it stifled non-essential economic activity.  It also needs a substantial tax reduction to stimulate renewed economic activity.

Dr. Laffer drew a curve that showed how the higher tax rate would reduce revenues and a lower tax rate would increase revenuers.  The curve came to be known as the Laffer Curve and Arthur Laffer was awarded the Nobel Prize in Economics for its discovery.

The issue of taxing casino earnings primarily affects online casinos.  Land based casinos are rooted in a place and like every business that is fixed in its location, pay taxes to the state.  Online casinos are often run from outside the jurisdiction of the government that wants to tax it so the issue becomes much trickier.  If the government allows online gambling and taxes player winnings but can’t tax casino profits, it would inevitably mean that the land based casinos in that jurisdiction would earn less profit and pay less in taxes.

But if the tax rate on players’ winnings is too high, they will seek to find ways to circumvent the law in order to hide some of their winnings and pay little or no taxes at all.

So, the entire issue of whether or not to allow online casinos and to regulate them involves exactly how to get the most tax revenue from them.  This statement, of course, ignores the moral and religious issue regarding gambling.  We see that this month the government of Bangladesh is investigating some of its athletes who are alleged to have visited a South African casino when they were in the country for a match.

This entire discussion assumes that the government has no religious or moral problem with gambling per se but wants to be able to reap the greatest reward in the form of tax revenues by allowing and regulating online casino gambling.

When the government of Kenya realized that the 30% tax rate was too high and caused players either to forego casino gambling or to work around the law if they could, the government lowered the rate to 15% in the hope that players would return to gambling and to gambling in legal venues so their winnings could be taxed.

Sports Betting in the United States

This is an issue in the US as well.  Sports betting is allowed in only four of the fifty states because of a law from 1992.  This has not stopped Americans who live in any of those 48 states to gamble on sporting events.   Americans gamble an estimated $150 billion each year on sporting events, most of it illegal.  So, one state, New Jersey, passed a law some time ago allowing sports betting under strict regulation in the state.  The purpose was to raise tax revenues from the previous level of no revenue at all to an anticipated level of some tens of millions of dollars per year.

The case in the US is in the courts and the Supreme Court is expected to announce its ruling any day.  If the court allows sports betting, millions of dollars will come into state treasuries that today are not taxed at all.

The situation in South Africa resembles the situation in many countries.  South Africa has land based casinos, horse racing, and lotteries.  So, South Africans are encouraged to gamble in the hope of hitting it big with a single bet or, if not, providing some much needed funds to the government.

Once again, the United States provides excellent examples of how incentives work.  If someone who smokes lives in an area where the cigarette tax is high, they may travel a short distance to a state with a much lower cigarette tax and stock up on cigarettes there.  This activity is against the law in the high tax state but people are almost never caught.

On a larger scale, many people are leaving high tax California for low tax Nevada or Texas.

The challenge to South African lawmakers and government regulators everywhere is to set up a regulatory system that imposes little extra costs to casino managers and low taxes to players.  It has been shown that players will willingly play at a legal venue and will pay their fair share of taxes instead of breaking the law if the tax rate is low enough to be considered fair and reasonable.

That is why Kenya has lowered its tax rate and why all countries trying to regulate online casinos are also trying to assess the tax rate that would bring in the most revenue.