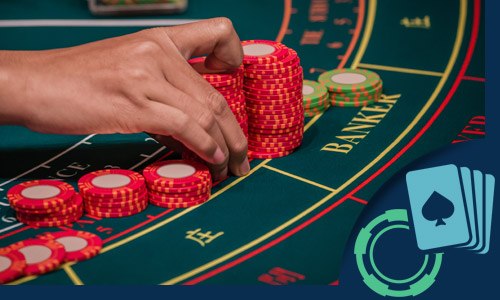 Any casino that caters to Asian punters knows that the preferred casino games among players from the region is baccarat.  Casinos and other gambling venues in the East have more than the usual number of baccarat tables in their casinos, including high-roller tables for the Chinese VIPS who won’t play anything but baccarat.

Even in the era of the beer corona virus, as gamblers play online from home, players who log into the online casino from Asia generally head to the online baccarat tables.

Bill Zender, a former gaming executive who served as vice president, director of casino operations and part-owner of the Aladdin hotel-casino says “The Asians love the characteristics of the game. To them it’s a pure gambling game. Once the cards have been shuffled, cut and placed into the shoe, the cards speak for themselves.”

Baccarat was introduced more than 500 years ago in medieval Italy. Right from the beginning it was known as the card game for aristocrats. Felix Falguiere is credited with originating “Baccara” – Italian for “zero”, so named because all the tens and face cards are worth zero.

The French spelling “baccarat” was adopted later one by the casinos of the French Riviera and that’s the spelling that is still used today.

When baccarat moved to France it became known as Chemin de Fer and it quickly became a favorite at the court of King Charles VIII. For many years baccarat was the favored game of the French aristocracy. After baccarat started to catch on in England it migrated across the ocean to the New World – first to South America and the Caribbean and after the casinos closed in Cuba, to the Sands Casino of Las Vegas.

Baccarat didn’t catch on in American casinos among the general public but VIP gamers were drawn to it. The casinos responded by marketing baccarat as a game for the select few. They set high table minimums and placed the baccarat tables in special rooms where players stayed hidden from the public by velvet curtains.

Such an atmosphere added to the allure of the baccarat game and when Asia began to open up to casino gambling, Asian gamers, including VIP players, were drawn to the environment of the exclusive baccarat room.

There are many reasons that Chinese bettors in particular, and Asian gamblers in general, prefer baccarat. These gamblers, especially the high-bettors, see baccarat as a sophisticated game that attracts the suave and sophisticated to the table. It’s an intense game with lots of comebacks and also demands that the player demonstrate patience – an attribute prized by Asians.

In addition, baccarat attracts observers so there’s a spectator sports aspect to the game. Even high level players don’t have to learn complex rules or worry about complicated strategies and techniques. And most importantly, winners receive lucrative payouts which makes the whole effort worthwhile. .

“The Asians love the characteristics of the game,” says Bill Zender, a former gaming executive who served as vice president, director of casino operations and part-owner of the Aladdin hotel-casino. “To them it’s a pure gambling game. Once the cards have been shuffled, cut and placed into the shoe, the cards speak for themselves.”

Asian gambling tradition dictates that the fate of the players at a baccarat table is sealed in a freshly shuffled shoe. “Any mistake made by the dealer that is not handled with the correct procedure and changes the order of the cards could chase them from the table,” Zender says. “Asians have a strong belief in fate.”

How to Play Baccarat

Baccarat is a suspense-filled game, full of excitement and intrigue. Baccarat is simple to learn and to play. There are three possible outcomes in a game of baccarat:

Reminder:  “Banker” doesn’t refer to the house. You have the option to bet on either the player’s hand or the bankers hand.

To play baccarat, you bet on either the banker’s hand or the player’s hand. The bets are placed before the cards are dealt.

The point total of both sets of cards is announced.  The Ace is worth one point, face cards and tens are worth zero points and other cards are their face value. If the total of the cards dealt comes to over 10, the second digit indicates the value of the hand. For example, a 8  and a 4, which total 12, make up a two-point hand. In order to win, your bet must be on the hand that totals closest to nine.

If either the Player or the Banker gets a point total of 8 or 9, it’s called a natural win and the game is over. If that happens, any bets that has already been placed is cashed out.

The totals determine whether the player gets a third card. The player stands on a 6 or a 7 and gets no additional cards for an 8 or a 9.  If the Banker doesn’t have a 8 or a 9, any number 0-5 gives the Player the chance to draw a third card.  If the banker has 8 or 9, the bank hand wins.

If the Player stands (doesn’t draw any new cards) and the Banker has a total of 0-5, The Banker draws. If his total is 6 or 7 with his first 2 cards, the Banker stands. Other hands are dependent on the third card the Player draws:

The winning hard is calculated after all the cards are dealt. The hand which totals closest to 9 is the winning hand. In the event of a tie, neither the Player nor the Banker wins or loses.