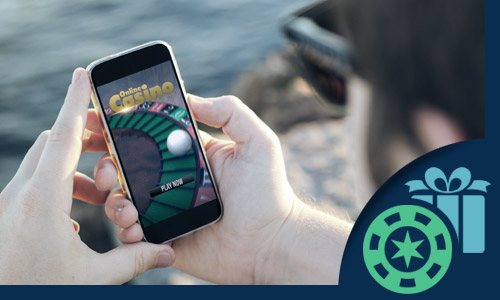 The history of gambling tells us that people have gambling for millennia.  At first, they gambled on foot races, horse races, camel races, boxing, and many other sporting pursuits.  Jump ahead millennia and we find that people have found games to bet on.  Some are actual sporting contests whilst others are self-contained games provided by what became known as casinos.  Finally, jump ahead a century and we find casino games being offered at online casinos.

It seems, based on the growth of land based casinos all over the world, that the fear of the land based casinos that online casinos would put them out of business is entirely unfounded.  Nevertheless, they lobby their local governments for special protection for their gambling enterprises and often win the day in the relevant legislatures.

Land based casinos increasingly are adopted the Integrated Resort concept that originated in Asia as an answer for the misgivings authorities had toward allowing casinos to be built in their jurisdictions.  This new concept began in notoriously conservative Singapore and has spread to Curacao, Japan, the Philippines in the Far East and to the Catskill Mountains of the United States.  It will become the likely standard for land based casinos going forward.

These casinos serve the gaming public that are willing to give up on atmosphere in return for convenience, lower costs, higher payout rates, more games, and no waiting.  As conservative as the governments in the far East tend to be, European and North American governments tend to be much more liberal.  In that atmosphere, both land based and online casinos flourished until governments realized that they were losing untapped tax riches by not fully regulating online gaming.

Online gaming went through a difficult period as a US law made it illegal to transfer money to online casinos and governments shut down online casinos until they were able to put regulations in play.

The Growth of Asia and Africa

Asia as we said is the home of the Integrated Resort casino et al concept.  Africa is finally emerging after the long colonial period and its slow growth under the weight of the socialism that almost all newly formed African nations chose in the wake of European colonialism.

Now, we hear that Asia and Africa are the two areas that are expected to make the biggest strides in online gaming in the world.

It is far easier and cheaper to establish an online casino presence.  Whilst land based casinos must be built, permits must be given, environmental impact studies must be conducted, millions of dollars must be raised, and so on, to make an online casino amenable to Asian tastes an online casino needs only to put a new “skin” on an already existing casino.  In addition, it needs to write content in the language of the target population.

Rising affluence has spurred the growth of online casinos in Asia and is expected to continue to do so.

This continent of 57 diverse countries with many varied traditions, languages, cultures, religions, and customs is still ripe for great growth in online casinos if said growth is primarily fueled by rising disposable income.

Africa experienced great poverty during the centuries of colonial rule and chose socialism over capitalism in the wake of becoming free and sovereign nations.  As in many countries, African countries have become far more capitalist than they had been and this change is fueling a growing middle class and a strengthening upper class all of which means that many African people have more income in their pockets than ever before.

More disposable income means that the people will look for pastimes to enjoy.  Online casino gaming is one such pastime.  It can be done in the comfort of one’s home.  It can be done outside the home on mobile devices and the growth in ownership of mobile devices will also spur African online gaming.  Couples can play online casino games together.  The more social online games, which most casinos call Parlour Games or Casual Games can be played by parents with their kids.  Online casinos allow unlimited free play so parents and kids can enjoy much free play before the kids drift off to sleep.

Many online casinos have begun to accept bitcoin and other cryptocurrencies in addition to government money.  This development will add another layer of convenience to online gaming in countries that don’t have a local currency in great demand by casinos or any other online marketer.

The news as it was reported was that Asia and especially Africa are becoming economically strong enough to become online casino havens no less than Europe has been, the United States was, and the United States might become again.  All it takes to garner an online gaming presence is content in the target language and a skin that makes the casino amenable to the target market.