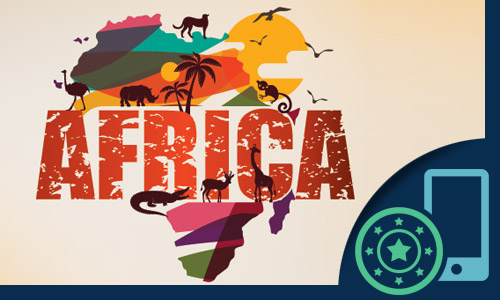 The online casino eSports industry –- gaming events which are organized and broadcast to fans worldwide -- has been growing in popularity over the last few months. eSports are extremely popular in North America, Europe and the Pacific and esports competitions are starting to take hold in South America. The last continent to jump on the esports bandwagon is Africa but now South Africa is leading the region into a more participatory role in the esports world.

In the last 3 months Twitch, a live video streaming service which is gamers’ platform of choice for live-streaming tournaments, has increased its users by over 25%.  eSports leagues catering to fantasy, war game  and football players are enjoying unprecedented growth. Formula One drivers, footballers and entertainers such as South African Trevor Noah have been competing in broadcasted e­Sports games to give online multiplayer video games new global exposure while helping to fill the void left by the absence of traditional sporting events.

Johannesburg resident Sam “Tech Girl” Wright, a global esports host and commentator, explained the appeal of esports in her region.  “When you’re playing, everyone’s the same. It doesn’t matter if you’re disabled, or what colour your skin is, it doesn’t matter what gender you are. When you’re in that game, you’re on an equal playing field. And I think that’s what makes it really fun, especially at this time.”

NewZoo, a market intelligence firm, highlights the growth of the global esports market with predictions that esports revenues will grow to $1.1 billion this year. NewZoo also predicts that the total esports office will grow 11.7% this year to an estimated 495 million fans. Before the pandemic hit, streaming revenue had been forecast to rise 33% and  hit $18.2 million. That number will almost certainly be significantly higher as the sports shutdown continues.

Global esports growth is underpinned by the large, tech-savvy markets of India and China. But Africa population is overwhelmingly young and they have been quick to adapt to internet and smartphone technology. Now many high-level esports industry players are casting their eye on the continent.

Futuresource Consulting estimates that by 2023, annual audience size on the continent will grow from today’s 30 million to 53 million. Morris Garrard, an analyst at Futuresource predicts “With a youthful and increasingly urban population in Africa, there’s an opportunity to invest in the dynamic eSports ecosystem, and capitalise on a growing entertainment phenomenon within this emerging market……as the audience grows, more businesses are expected to invest in African team talent, with South African and Egyptian gamers already starting to feature on international rosters. This opens up sponsorship opportunities for companies investing in these athletes, with advertising targeted to better reach African fans”.

Nodwin Gaming, an Indian creator and licensor of eSports properties, recently announced its expansion into South Africa. Nodwin is opening a new office in South Africa which will join its Nigerian and Kenyan African outposts. In a press release at the beginning of March, Sidharth Kedia, Group CEO of Nodwin Gaming said “With South Africa, we are pushing our geographical limits. The expansion is a gateway to not just South Africa but the whole of Africa. Regarding the development of eSports in the region, the scenario right now looks a lot similar to what India was five years ago. The South African audience is a healthy mix of PC and console players alongside the massive mobile gaming populace.”

eSports is targeted at the 16 – 30 age group which appeals to advertisers. Tournaments are streamed on Twitch, YouTube or Facebook or, alternately, sold to traditional broadcasters with media rights. The tournaments are often sponsored by large multinationals such as RedBull and Coca-Cola, though rights packages are still small as compared to traditional sports.

There are some factors that currently limit growth of esports in Africa. They include the high cost of data, the high expenses of games and consoles and slow broadband speeds. These limits are felt most acutely outside of South Africa where tight contests can be won or lost by the speed differences in the speeds of players’ computers or mobile devices. These issues hamper the ability of African gamers to compete with international rivals on a level playing field. Nodwin Gaming, however, is looking forward and is already planning for further expansion in Africa as data costs descend and broadband proliferates.

Creative solutions to address the problem are also being adopted. For instance, last year Ubisoft brought its own servers online in South Africa to ensure that local gamers could compete on a more even footing against players in London, New York and Tokyo.

According to Statistica, the South African video games market is expected to grow to $292 million by 2023. That outlook is driving the industry to cultivate a reservoir of eSport fans and players.  Futuresource’s Garrard points out that since eSports is still emerging in Africa, firms can capitalize on changing customers tastes as they develop the market.  “This soon-to-be hotbed will become a lot more competitive very quickly, evidenced by the cultural transition amongst young people from wanting the same football boots as David Beckham, to having the same headset as gamers Ninja or PewDiePie.”