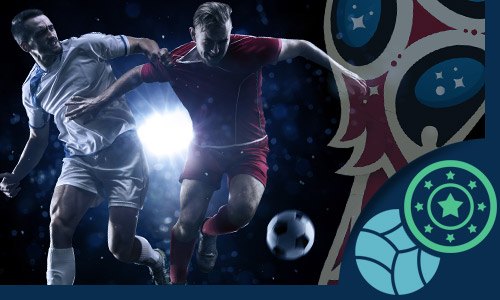 The World Cup football tournament, which launched last week, may well be the liveliest sports event in the world today, bigger even than the Olympics.It's even bigger if you count how much streaming is going on with the games online.

The Olympics has the grandeur of tradition and so many events that it's bound to have something for every member of the family. The World Cup, in contrast, focuses on just one sport. It just happens to be the most popular sport in the world, and the competition to enter the tournament is so intense that every country that qualified is playing at the highest level of the sport. So there are no secondary matches the way there are secondary events at the Olympics.

As the biggest stage for the game of football, the World Cup draws all of the top players in the world. A single transcendent moment in the World Cup could create a new superstar, and winning the tournament is a sure route to respect and glory for the players and the whole country they represent.

Will Germany Repeat as Champions?

The mighty German team returns to the World Cup not only as the defending champions but also the favorites to win it all in 2018. A strong Spain, Argentina, and Brazil are expected to push Germany throughout the tournament.

Host Russia got off to a steaming start with a 5-0 thrashing of Saudi Arabia, causing football experts the world over to wonder if they had overlooked the strength of the Russian team. Others speculated that while Russia may have been underestimated, it was also likely that Saudi Arabia may be outclassed in the tournament against competition outside of its local Middle East zone.

The Launch of the Legends

The World Cup is where legacies are not only made but also where they are cemented. Pele and Diego Maradona became legends in their time for their performances at the World Cup. For Maradona, the fame was a double-edged sword, as he also had to contend with accusations of cheating with the infamous "Hand of God" game (where he denied a blatant hand ball) along with the glory of holding up the winner's trophy.

One of the biggest knocks on the career of Lionel Messi is his failure to bring home the trophy to Argentina in the footsteps of Maradona. His team reached the final game in the last tournament four years ago, and he even had a chance to win the game with a strong move to the goal but his soft flicker was just wide of the goal, opening the door for Germany to storm through and win.

Messi vs Ronaldo For the Last Time

One of the great subplots of this year's tournament is the likely final World Cup showdown of the two biggest stars in the sport - Messi and Cristiano Ronaldo. Their rivalry in the Spanish League and the Champions League has dominated the sport in recent years, and this World Cup should be no different.

What makes it even more exciting as the World Cup gets underway is Ronaldo's recent run of three straight Champion's League trophies. The Champion's League pits the top professional teams from all of the world's top leagues against one another to truly determine the champion of champions, or the world's best football team.

Look for both players to shoot for the top with their respective teams. But as the tournament starts to gain momentum, Ronaldo has already jumped ahead of Messi. In the first game, Ronaldo had a fine hat-trick (three goals) to lead Portugal draw against the highly regarded Spain. In contrast, Messi's Argentina also had to settle for a draw the first match after Messi missed a penalty kick against Iceland.