Developing African Economies May be Developing a Gambling Habit 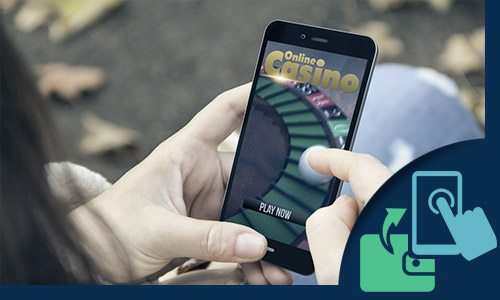 A recent study has found that young people in many developing African nations are increasingly using their mobile devices to play online games including online casino games and are transferring money with which to play those games via their mobile devices.  Whilst this may seem to be an obvious result of the economic gains made in these countries, it also has socio-economic and cultural ramifications.

The growth of the internet in Western societies was relatively slow.  The World Wide Web (www) came online in 1991 but few people had the computer, the server, and the browser to access the few internet sites that existed at the outset.  Today, the growth in internet sites has reached exponential proportions.  The largest categories of internet sites—with millions of sites— deal with travel, shopping, gaming and gambling, and adult entertainment.

The Western societies that were first introduced to the internet in its earliest days had the time to get used to this new “toy” that everyone was talking about.  People could be surprised by every new discovery they made on the internet.  Travelers suddenly learned that they could plan out a complete holiday from their computer console.  The same obtained in shopping through the net; progress getting the public to accept buying items though the net was slow but now is so pervasive that it has caused the closing of many iconic retailers whose stores are too expensive to keep open in the face of competition from the net.

Even though online gaming is regulated or prohibited in many locations around the world, the number of online casinos has increased from just a few tens of casinos to today’s thousands.  Similarly, the number of game providers now exceeds 150.  Many casinos now carry games from multiple providers.

An Onslaught of Online Stimuli

Just as in Western societies the so-called older generation is bemoaning the obsession with social media that they see pervasively controlling the culture of millennials, older people in South Africa are concerned that the entire internet is rapidly changing entire cultures.

Part of the “problem” in developing economies is that the internet has exploding in full form on erstwhile unsuspecting societies and is changing them in massive and vast ways.

It is simply so easy and convenient to gamble on a mobile device that that mode of gambling has become the most popular in many countries.  It now exceeds desktop gambling in most Western countries.

In African countries, the online gambling explosion has coincided with an explosion in mobile device ownership.  Whereas even the most basic cellular phone was big, cumbersome, and too expensive for most people when they first came out, the newest generations of cell phones are called smartphones for a very good reason: they are incredibly “smart”.  They can do so many things that make life easier for people.

Funding online gaming and gambling is one of the things a smartphone or a tablet can do with almost no effort on the part of the player.  Just a few clicks and you have another few hundred dollars in you casino account.

The advent of a “bank” that would serve as a go-between between one’s bank and one’s casino account has meant that many people can now play online casino games with real money and their actual bank has no idea that the money they took out is going to an online casino.

In the United States, a law was passed over ten years ago that made it illegal to transfer money to online casinos.  ewallets are being used by gamers in the US to get around the illegality of banks and credit card companies from transferring money to a casino.  The gamer transfers money to an offshore ewallet and from there to a casino.  Before the rise of ewallets, only people who had offshore bank accounts could transfer money in this way to an online casino.  Now anyone with a smartphone can do so.

This is fast becoming the most popular form of gambling in many countries around the world.  First of all, sports betting is done on actual sporting events.  The famous American director, Spike Lee, once famously said that sports are far better than movies because sports can’t be scripted.  Because they can’t be scripted, many people feel that they can handicap a sporting event and win money betting on it.

Fantasy sports websites have long argued that fantasy sports are games of skill rather than games of chance.  Slots or blackjack and all the other casino games are games of chance.  Even though blackjack has definitive strategies, the outcome still rests on the unique configuration of the cards in the deck.  However, sports are performed by real people or trained animals.  The result is never merely the way the wheel or the reels spin or the identity of the next card in the deck.

Because sports are seen as accessible to analysis, which in fact they are, far more than any casino game, they are seen as the best area to place considered bets.  Here, then, is the perfect storm so many policy makers in developing African nations worry about.  The massive exposure to a fully formed internet, smartphone savviness that upwardly mobile people develop before they can talk, the ease with which money can be transferred online, and the huge number of daily sporting events around the world mean, taken collectively, that developing African nations may develop an online gambling habit that may become uncontrollable.

As governments look to online gambling as a source of tax revenue, they find themselves in a quandary: To what extent should they regulate online gambling to maximize their revenues and minimize problem gambling?