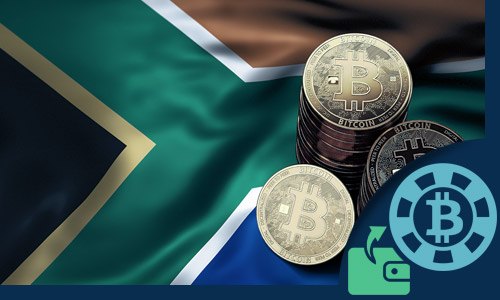 Cryptocurrencies exist only digitally so the new provision makes online transactions in such currencies as bitcoin subject to taxation.  This will have an effect on all manner of internet commerce in South Africa including the increasing use of bitcoins in online casino gaming.

The new rules also provide tax relief for expenses and losses.  So, if a South African bought bitcoin as an investment when the price was higher and lost money on the resale, he or she could deduct the loss on their tax statement.  The opposite side of the coin is that if someone bought bitcoin at a very low price and sold at a high price, they would be liable for all applicable tax.

The tax authority reiterated that cryptocurrency profits and losses will be treated as any such financial outcomes; that no new regulation is needed for citizens to know how to report their cryptocurrency transactions.

To further complicate the whole cryptocurrency matter, the tax people said that people selling cryptocurrencies will not have to register with the VAT authorities, at least not in 2018.

Tax preparers welcomed the clarifications even as they didn’t like telling their clients that they had a new, unexpected tax liability.  It has been said that since “everything” has now gone digital, it was only a matter of time before money became digital as well.

Digital is Coming in Government Money

Some countries are looking into ways to eliminate cash altogether which would make their government money digital too.  Most people as yet don’t understand how cryptocurrencies work but most people do understand how inflation works.  South Africans especially are well aware of the runaway inflation that beset Zimbabwe in recent years.

The basic idea behind cryptocurrencies is that they are limited in sum.  So as more and more transactions are made using bitcoin or one of the several dozen other cryptocurrencies, the size of the “currency” will simply be reduced in order to keep the total amount of the currency stable.  Proponents of cryptocurrencies say that government currencies have failed in so many countries that a new, completely stable currency is needed.

In theory, there is no limit to the number of cryptocurrencies that can circulate.  The only real world factor is the willingness of people to accept a cryptocurrency as real money.  Whilst most people are still having a hard time getting their heads around the idea of buying and selling goods and services with a cryptocurrency, they do realize that even countries that have not experienced hyperinflation may indeed experience it in the future.  The United States, for example, has a national debt of over 20 trillion dollars and unfunded internal liabilities that some say may be as high as 100 trillion dollars.

More and more online casinos are accepting bitcoin as currency for the purpose of depositing into one’s casino account - such as Thunderbolt Casino.  Some also facilitate withdrawals in bitcoin.  At the present time an ewallet, Neteller, sells bitcoins to gamers who then deposit them in their accounts.

It would appear that the value of bitcoins a gamer buys when depositing has to be compared to the value of the bitcoins he or she receives upon withdrawing funds.  The difference will be treated as a profit or a loss for the purpose of properly reporting one’s income.

Whilst there are already quite a few online casinos, that accept bitcoin, there is as yet only one casino that runs entirely on its own cryptocurrency.  This casino claims that it has no house edge in its games and that players profit either by getting lucky as gamers or through the increased value of the casino’s cryptocurrency.  It is as yet unclear how SARS or any other national tax authority will deal with such self-contained cryptocurrencies for tax purposes.

The South African government has thus sent the message that no currency can be considered entirely private.  One of the attractions of cryptocurrencies has been the anonymity with which people use them or trade them.  The government is saying that, no, South African citizens do not have the freedom to exchange in bitcoins without paying their fair amount of tax on all profits even in cryptocurrencies.

SARB is the government agency that regulates trading in world currencies.  It has as yet not declared a position on cryptocurrencies with regard to exchange rates.  However, as cryptocurrencies gain favour with the public SARB will be compelled to issue the “official” exchange arte and then to let them float as do all world government currencies.

In actuality, cryptocurrencies already float but they do so in the self-contained world each such currency occupies.  Soon, cryptocurrencies will float on world foreign exchange markets like any other currency.